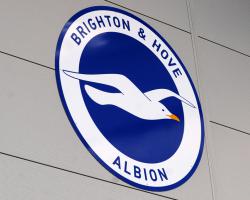 He has put pen to paper on a two-and-a-half year contract, which will run until June 2020

Albion's Under-23 coach Simon Rusk told the club's official website: "We are delighted that we've moved a big step closer to bringing Viktor into the squad

"He is someone who has an impressive scoring record for his country at Under-19 level, and he will add good competition for places in the forward areas."

Gyokeres was the joint leading goalscorer in this summer's European Under-19 Championship, scoring three times in three appearances.