Manager Chris Hughton brought Locadia in for £14m from PSV Eindhoven in January, but having scored just two goals since then the Dutch striker has barely seen any game time this season. 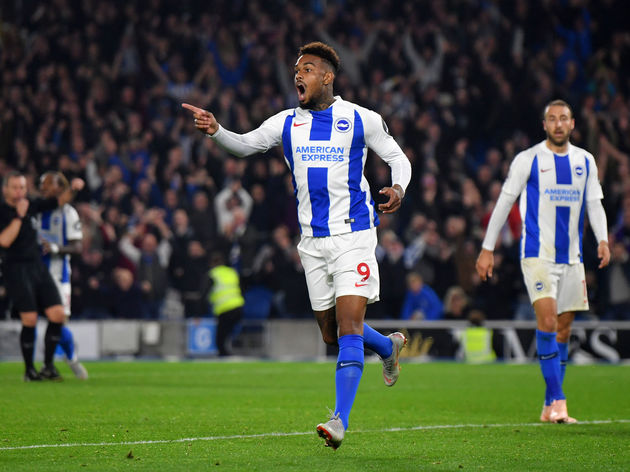 This has led Locadia to hit out at his manager and make it clear that, even with three-and-a-half years left on his contract with the south coast club, he wants to leave when the January transfer window opens.

“I have to play weekly but I’ve never had the chance to show what I am worth,” he said when speaking to the ​Sun.

“I haven’t had a clear explanation why I don’t play and I don’t feel that my situation will change quickly. "The coach keeps finding strikers who he thinks are better and I must respect that. But the whole storyline is wrong and that is what makes angry.

“I am fit and training super hard but I only get the chance to show it in ten minutes of action. I was fit in February, scored goals and played a good match against Manchester United in the FA Cup. But after that I hardly played.”

After enduring a tough start to his life with ​Brighton, Locadia attempted to push for a move away in the summer window - but the club rejected that move as they weren’t prepared to let him leave at the time.

Now, after seeing fellow striker Glenn Murray enjoy a brilliant start to the season, the Dutchman finds himself down the pecking order with the Seagulls, and h​Premier League

“Soon there will be a conversation and I hope Brighton respect me in this situation," he added. “I want to play at the highest level and not be loaned to a club in the Championship or something like that. I hope to find a club in Spain or Germany where I can get a fair chance to show myself.”